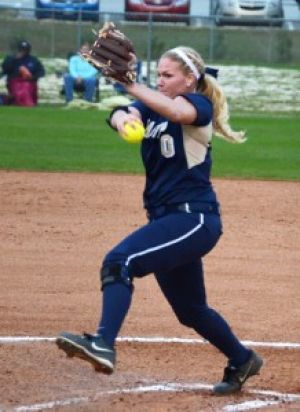 The Georgia Southern University softball team got blanked on the scoreboard 8-0 by the Georgia State Panthers in the first game of a double header.

Both teams were coming off losses, but GA State was able to take advantage of the Eagles pitching.