Phoenix gets bigger and shinier on â€˜Bankrupt!â€™ 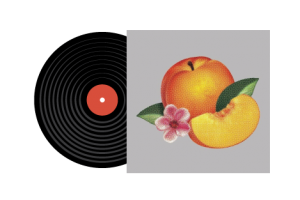 Phoenix has arrived with “Bankrupt!” a big, glossy affair that continues its run of success and popularity.

The French band made it big in 2009 with songs like “Lisztomania” and “1901.” Radio hits that are as original as they are infectious, they brought fame to a group that had impressed a mostly European audience. Four years later, Phoenix has released “Bankrupt!” It sounds bigger and shinier, but lacks the bouncy pop of its predecessor.

Still, it’s a good album. The opening song “Entertainment” is a catchy chunk of pop, opening with a vaguely oriental synth pattern and moving into a familiar muted-verse-and-soaring-chorus pattern. “Chloroform” has a repetitive rising synth riff over a slow-stomp groove. Parts of “Don’t” come close to the bounce of “Lisztomania” but stays fresh with a retro keyboard line.

Phoenix’s earlier work is tight, recorded in a basement or a closet. 2009’s “Wolfgang Amadeus Phoenix” sounded more inviting. “Bankrupt!” tosses that out completely in favor of soaring, chiming synthesizers and drums that are full of more boom and less dance.

On “Entertainment” and “Drakkar Noir,” the synths and drums work well. On the other hand, “Trying to Be Cool” sounds like something you’d listen to in the lounge of a moon-themed casino. The title track “Bankrupt!” is a mostly instrumental, seven-minute space-trip interlude that you will only really listen to if you’re too lazy to get up and skip a song.

Vocalist Thomas Mars has one of the more recognizable voices in music and on this album he continues his style of singing catchy melodies with little extra flair. It’s all melody, actually. The lyrics have never meant much for Mars, whose songs beg listeners to mouth along with the melody in spite of not knowing any of the lyrics.

Everyone has, at one point, tried to sing “A Lisztomania/ thing less something something/ like a rhino.” No, those are not the actual lyrics. But it’s so catchy it doesn’t matter. “Bankrupt!” continues the trend with success, if a slightly tempered success due to slightly less catchy songs.

It is destined to sit in the shadow of the album before it, but “Bankrupt!” does a good job keeping Phoenix’s poppy, irresistible melodies and turning them into a strong album.