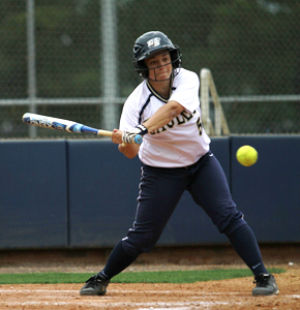 Georgia Southern University’s softball team 17-20 will be back on the road this weekend for a three-game weekend series to face off against the second place University of Tennessee at Chattanooga (21-16).

The Eagles will face the Mocs on Saturday in a doubleheader at 1 p.m. and 3 p.m. and then again on Sunday at 1 p.m.