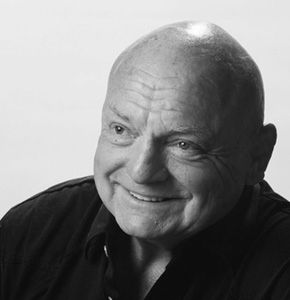 Paulson Stadium will go back in time to the 1980s when big hair was in and Erk Russell was a football coach at Georgia Southern University.

A film crew will come to Saturday’s Blue and White game to begin a feature-length film on Erk Russell’s life. The production team working on this film will be there this weekend to get shots of Paulson Stadium and extras dressed in 1980s attire before the stadium is expanded at the end of the month.

“It’s exciting to tell the story of the man who turned our college into a university and made it a much better institution, ” James Kicklighter, the film’s director and GSU alumni, said. “We want it to have the same small feel on a large scale as Georgia Southern.”

Though casting and further filming will not take place until late summer and early fall, students who come out to support the 2013 football team could potentially become extras in the film, Beau Turpin, the film’s producer and GSU alumni, said.

“This is the kickoff for the film,” Kicklighter said.

“We have invited students in the communications arts department to help, and we will use them through the fall because we can offer them a really unique hands-on experience,” Kicklighter said.

“It’s important for an extra to always look into the action. Just come out and support the 2013 football team and watch the game,” Kicklighter said.

Both Turpin and Kicklighter decided to tell this story so they could shine a light on their alma mater and the regions they grew up in.

“I went to Georgia Southern, I grew up in South Georgia and upon finding out about Erk Russell and learning and knowing what he stood for, I wanted to share that story,” Turpin said.

Kicklighter said, “We have the opportunity through the Blue-White game to get real fans, friends and students involved in a movie about their university.”