Annual drag show back with more kings and queens 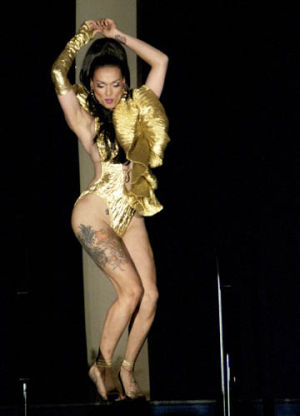 The Russell Union ballroom will transform into RuPaul’s fantasyland as the kings and queens of drag fashion strip and lip-sync in the 6th annual drag show at Georgia Southern University.

Thursday the Gay-Straight Alliance and Multicultural Student Center will host a drag-oriented fashion show at 7 p.m. inside the Russell Union ballroom.

“All cultures need to be exposed, especially on our campus. This drag show is an opportunity not only for students to be entertained, but for them to hear about what it’s like to be different. You get educated and entertained all in one go,” Darius Robinson, a graduate student studying higher education, said.

The event will begin with a segment for the kings and queens to tell their transformation stories before the fashion show begins.

Last year there were more drag queens than kings in the show, but this year MSC and GSA have made it possible for more kings to participate.

“The lovely Bianca Nicole will be performing again this year along with Deanna Sage and many others,” Michael Boddie, GSA president, said.

“This year’s show will, as always, be a fun event that embraces LGBTQ culture. The show helps break down the idea of gender binary and reveal that we are all beautiful people worthy of respect,” Corey Dennis, GSA vice president, said.

This event has been a favorite of GSU students in previous years and is expected to uphold its reputation this time around.

“People told me that there would be over five hundred people and that I should get there way earlier. I didn’t believe them, but it did turn out that way. We had to turn people around because there were no more seats in the ballroom. I would definitely recommend to get there early,” Robinson said.

The event is free and is an opportunity for students to get a taste of drag culture without having to drive to Club One in Savannah.

Boddie said, “It can be difficult for students to get out there, and this way students can stay on campus and have a ball. I’m not sure what to expect, but I am willing to bet that there will be more wigs and makeup than in the closet of the kids on Toddlers and Tiaras.”