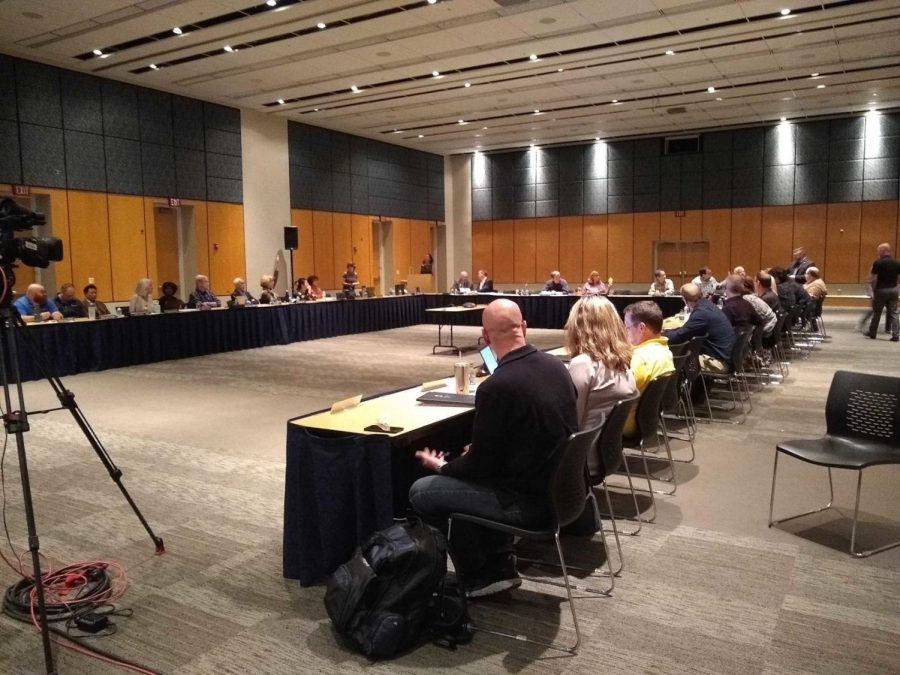 The Georgia Southern faculty senate passed a resolution Wednesday to urge the administration to further investigate the book burning incident.

The final ballot count was 43 affirmative, 13 against, and 3 abstentions. With that result the faculty senate passed the resolution formally asking the administration to launch a proper investigation.

The resolution serves as a formal statement from the faculty senate noted in the minutes. It does not mandate the administration to take action, but serves a stance taken on by the senate.

This was first brought to the senate floor by senator Stephanie Sipe. According to Sipe, although speech is protected by the First Amendment, she felt that the students may have broken three conduct rules that are not inherently protected by First Amendment rights.

VI 7 B: Any disruptive behavior such as but not limited to fighting, threatening behavior, publicdisturbance, or drunk and disorderly conduct.

VI 13 G: Setting, causing to be set, or participation in setting any unauthorized fire in or on University property.

VI 15 C: Any act of intimidation or bullying directed against any person or group of persons.

“I am not calling for disciplinary action to be invoked yet, but I am calling for an investigation,” Sipe said.

Executive counsel Maura Copeland was in attendance at the meeting and spoke on free speech, protected speech and why there had been no formal investigation from GS.

According to Copeland, public universities like GS have to abide by the First Amendment and that the code of conduct cannot overrule that. This includes hate speech in most cases, unless said hate speech is a true threat or intentionally incites violent acts.

“In the law truth threats are a high bar, it’s more than what you would think of that would make you feel threatened,” Copeland said. “It’s also not a subjective analysis, it’s an objective analysis.”

The university received no reports or evidence of threats pointed at students or direct threats of violence according to Copeland. In regards to the fire safety rules, Copeland said that the students were using a public grill and thus were not breaking conduct.

“I don’t believe that we can legally punish these students,” Copeland said.

However, many members of the senate voiced concerns that a proper investigation into if this was protected speech and if there was any conduct violations were still necessary.

“We don’t ask that our students support and defend the Constitution, but we should, right?” Senator Michelle Haberland said, “At the very least there seems to be…a need to investigate a possible violation of the code of conduct.”