The decline of Paramore continues 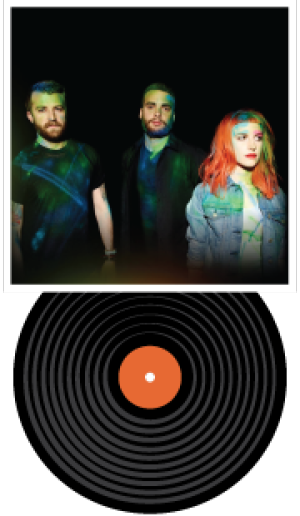 Paramore’s self-titled album often shifts from full-blast pop punk to raw ukulele interlude tracks, which is something different from what fans might be used to.

The album debuted Tuesday and turned out to be a bit disappointing. The use of electronics and synthesizers is a method Paramore has used sparingly in past releases, yet they are peppered onto many tracks of this record.

“Ain’t It Fun” is a catchy song that wouldn’t be as infectious without the use of synths. The self-assuring, almost punk “Anklebiters” begins with growling guitars and drumming that would easily fit in with the songs on 2007 release “Riot,” but the mood is quickly ruined by the forced, unnecessary synths.

Lyrically, the album leaves much to be desired. While lead vocalist Hayley Williams sings “No more high school drama/ Graduated with honors” on “Interlude: Holiday,” the lyrical content of the album says otherwise. Since “Brand New Eyes,” Williams’ lyrics have been self-centered, immature and prissy.

One shining exception is “Part II,” which is essentially a rewrite of 2007 track “Let the Flames Begin.” As Williams sings, “Come and find me dancing all alone/ To the sound of an enemy’s song,” she openly displays the struggles the band has gone through in the last few years and her methods of coping.

Coping is what this album is about and what the listener has to do throughout.

“Paramore” is an album that highlights the awkward intermediate stages of a drastic sound change for the band.

Williams, bassist Jeremy Davis and guitarist Taylor York are currently the only accredited members of Paramore. Studio drummer Ilan Rubin (Lostprophets, Nine Inch Nails) recorded the drums for the album and will tour with the band for their upcoming summer tour.

Charismatic front-woman Williams’ in-band relationship with former guitarist Josh Farro was unsuccessful, and after touring for 2010’s album “Brand New Eyes” Josh and his brother, drummer Zac Farro, left the band. The band’s sound has suffered in their absence.

The evolution of the group is apparent on “Paramore.” While hardcore fans of the band may find the new more-pop-than-punk sound hard to adjust to, the album is at times very catchy and appealing.