Davis steps up for Eagles 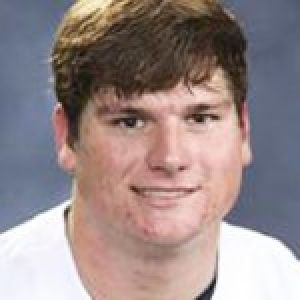 Now in his second season as a member of the Georgia Southern University baseball team, senior first basemen T.D. Davis has proved how great of a player he can be.

Davis transferred to GSU for his junior year after playing his first two seasons at Georgia Perimeter College. In Davis’ freshman year at GPC he hit .350 with 43 RBIs and nine home runs.

In Davis’ first season with the Eagles he hit .308 with 34 RBIs and five home runs in 57 games. Those numbers, although solid, don’t exactly echo progress for Davis.

However, this season Davis has turned things around dramatically. Davis started off the season batting over .400, and although he wasn’t able to keep up that average, he has been able to sustain what could be deemed an impressive season.

Through 32 games played this season, Davis is batting .349 with 34 RBIs, and the senior has surpassed last year’s home run total with eight home runs so far this season.

Davis has improved his power as well as his awareness at the plate, getting better in all facets of the game. Davis increased his on-base percentage from .379 to .404 and his slugging percentage from .445 to .612.

Davis is currently tied for third in the Southern Conference with 34 RBIs and is second on the team, behind sophomore catcher Chase Griffin who has 36.

In the conference Davis is in the top 10 in runs scored, batting average, hits, slugging percentage and home runs.

With 23 games left in the regular season, Davis is poised to surpass his 2012 season totals of hits, doubles and RBIs as he continues to lead the Eagles on a charge to win the division and compete for a SoCon title for the second straight season.