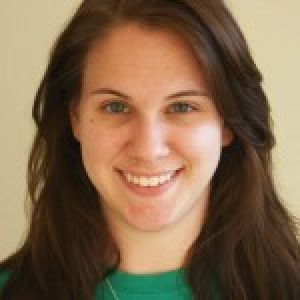 This past Friday the new Executive Board positions for Student Media were announced.

Each applicant was required to submit an application to the Student Media Advisory Board that consists of thirteen members and a letter of intent that was to be posted for the viewing of all Student Media members two weeks prior to the interview, Coambes said.

“We have an Executive Board so we can get overall goals accomplished and so we can see Student Media and all of its publications improve over time,” Martin said.

“The executive board is the decision making body for Student Media activities. They have an Eagle’s Eye view of the organization as a whole and works together to make cohesive decisions,” Coambes said.

“It shows you are a strong leader in your division. It also means you have a big impact and influence on the future of the organization,” Kelsey Paone, senior graphic design major and out-going Production Manager, said.

Martin, current Arts and Entertain editor, is entering into a new executive position.

“Really excited because I think my role will bring something new to Student Media that we haven’t seen in the past two years,” Martin said.

“My role is to create more awareness and that we publish more than just The George-Anne,” Martin said.

Coambes has been the current Editor-in-Chief for the past two years.

I feel like I’m leaving a two year project, what I’ve dedicated myself to, in very capable hands,” Coambes said.

“I am excited to see the changes and growth The George-Anne will go through in the future. And I’m excited to finally be a reader,” Coambes said.

The other new members are also current leaders in Student Media.

Farmer is the News Editor, Gil is the Design Chief and Douglas is already the Business Manager.

Each new executive is entering the position with new goals to improve their division.

Gil’s goal is to improve the quality of the publications and improve the Student Media brand.

“I hope to make each magazine brand as recognizable as The George-Anne’s. I hope to provide students with timely and relevant publications,” Coambes said.

“One of my main goals will be to improve the relationship between The George-Anne and members of the GSU community, ultimately improving credibility as well,” Farmer said.

Each executive board member was chosen because of the characteristics they had as a leader.

A leader must be personable, able to deal with their staffs’ issues, be a person people look up to and be a teacher, Paone said.

“I’ve been told that people see me as levelheaded and can handle a leadership position. I’ve worked in the different areas of Student Media and so I bring a diverse eye,” Gil said.

“My coworkers say that I can say a lot without saying anything at all. I don’t know if that’s a compliment but I think it means that I am able to accomplish tasks without being overbearing which is a desired quality of an Editor-in-Chief,” Farmer said.

Paone said, “I’m definitely really excited for next year, I think they are going to do really good job and there are a lot of new ideas coming to the board.”