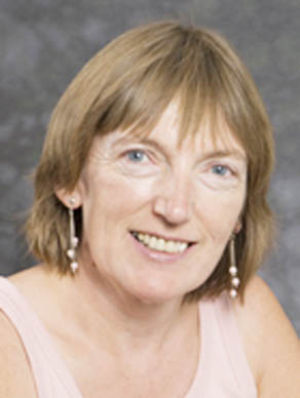 Located in the South, Georgia Southern University lives with the bitter memories of America’s slave culture.

The presentation will be held tonight at 7 in the Williams Center Multipurpose Room.

“It’s important for students to come out to this lecture because touches a wide variety of races and social classes,” Christopher Pugh, assistant director of the multicultural center, said.

Georgia Southern University’s Multicultural Student Center and the Center for Irish Studies will host this lecture as part of the Distinguished Scholar and Lecture Series.

“This is new for the Multicultural Center to be teamed up with the Center of Irish Studies. Professor Howard Keeley basically took this lecture under his wing and helped us get Christine Kinealy here,” Pugh said.

“This affects everyone at Georgia Southern. We all live in the South. We all live with the legacy of slavery, and we all studied people like Fredrick Douglas, and yet we don’t know the whole story,” Dr. Howard Keeley, director of the Center for Irish Studies, said.

By the 1840s, O’Connell was the leading international spokesperson in the antislavery movement.

Kinealy is a professor of history at Caspersen Graduate School at Drew University in New Jersey.

Kinealy received her doctorate in history from the University of Dublin-Trinity College and is considered among the notable historians of the nineteenth-century Ireland and Europe.

As well as focusing on her recent book, “The Saddest People the Sun Sees: Daniel O’Connell and Anti-Slavery,” Kinealy will visit students in three classes and discussing Ireland’s Great Famine of the 1840’s.

Keeley said, “If we are going to have a distinguished speaker like this come to Georgia Southern, we try to make her time with us as useful to our campus community as possible.”