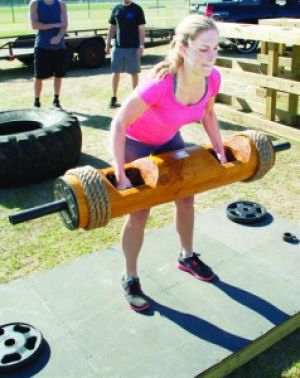 This Saturday Georgia Southern University Campus Recreation and Intramurals will host an unmerciful test of strength and endurance, known as the Strongest Eagle Competition.

The Strongest Eagle is set to begin at 10 a.m. at the RAC Pavilion.

Competitors should be ready to push their bodies to their breaking point with the raw, unrelenting power and intense force that only a true strongman competitor possesses.

“Our goal is to provide the opportunity for students to use some non-traditional equipment. With the strongest eagle, how often does someone get to pull a truck, lift atlas stones or throw keg shells? We want to provide the student body with diversity with our fitness programs,” Greg Stephenson, fitness program director, said.

The Strongest Eagle Competition is open to all GSU community members. This includes undergraduate and graduate students, faculty and staff, as well as their spouses and dependents, alumni, current RAC members and the local community of Statesboro.

The competition will consist of multiple preliminary events. There are separate divisions for each of the events for men and for women to compete against each other, as well as weight classes. Men weighing 205 lbs or more are to be considered as heavyweights and women 165 lbs or more are to be considered heavyweight competitors. Competitors weighing in under each of these weights will be classed as lightweights.

The top two finalists with the highest amount of points of each weight class and gender will compete in the championship event: the truck pull.