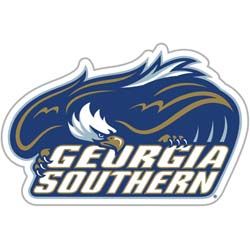 Six former Georgia Southern University baseball players have received assignments for their 2013 minor league seasons; three of which will begin above the single-A level.

A.J. Battisto, Everett Teaford and Andy Moye will all begin the season in either triple-A or double-A. All three are pitchers.

Battisto is set to start the year in Triple-A New Orleans, a minor league team under the Miami Marlins organization. Teaford, who started a few games last season in the MLB for the Kansas City Royals, will start this year in Triple-A Omaha. Moye is set to begin his season in double-A Huntsville as a member of the Milwaukee Brewers ball club.

Pitchers Chris Beck and Jacob Brown as well as outfielder Shawn Payne will begin the season on Class A Advanced teams.

Power hitter and first-round draft pick Victor Roache has yet to play a game in the minor leagues but is expected to begin this year in Class A.