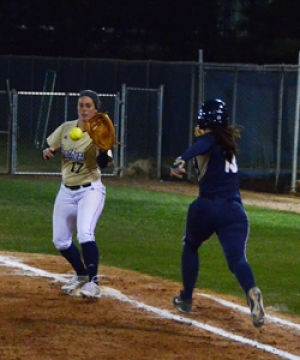 Senior left fielder Alexa Lewis broke the scoreless tie with a lead off home run to right field in the top of the third inning. Sophomore second baseman Lexi Allen followed that up with a two run shot of her own in the top of the fifth.

With a three run cushion in the bottom of the sixth inning junior pitcher Sarah Purvis struck out the first two batters and got her third victim to fly out to center field.

The win gives the Eagles sole possession of third place in the Southern Conference heading into game two.