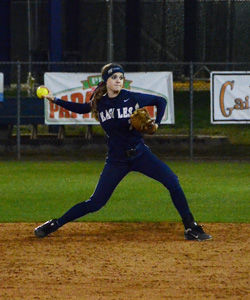 The Georgia Southern University softball team finished out the FSU Tournament with two losses against the University of Minnesota and Florida State University.

The Eagles were outscored by the Golden Gophers 7-1 starting in the first inning. Minnesota scored two runs in the first inning and three innings in the fifth inning without a response from GSU. In the sixth inning, both teams had more action behind the plate, but the Eagles could only score one run.

The Seminoles also outscored the Eagles 12-3. FSU scored five innings unanswered, but, then, in the third inning the Eagles made a slight comeback with three runs. FSU kept up their performance and ended the game with five runs in the fifth inning.

The Eagles will play once again on Tuesday against Louisiana State University in a double header.