Eagles unable to take flight due to inclement weather 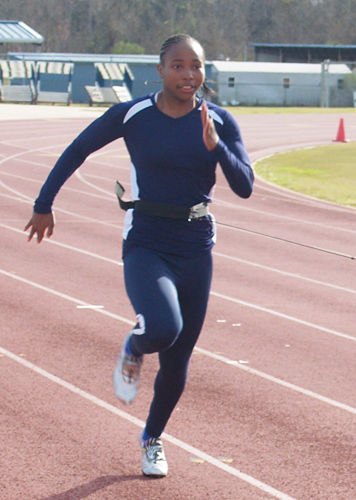 Rain and lightning during the second day of the Florida State University Relays forced the Georgia Southern University track and field team home early over the weekend.

“I’m really disappointed we didn’t get to compete in everything we wanted to compete in,” head coach Marlo Mincey said in a news release. “All around, it wasn’t a great weekend in terms of weather and delays, but that comes with the territory.”

On the second day, the 200-meter dash was the only running event in which the Eagles could participate.

Freshman Alyssa Felton and senior Ebony Carter competed in the event and finished with times of 24.89 (17th) and 24.93 (18th), respectively.

Freshmen Ashleigh Rasheed and Keyanna Harris represented the Eagles in the High Jump. Harris’ jump of 1.53m (5’0.25) landed her in third place and Rasheed finished tied for sixth place after a jump o 1.48m (4’10.25”)

The Eagles will hope for better weather next weekend as they return to the Sunshine State to compete in the North Florida Invitational in Jacksonville, Fla.

The tournament will start on Fri. March 29 and last through Sat. March 30.