GSU to join the Sun Belt Conference in 2014 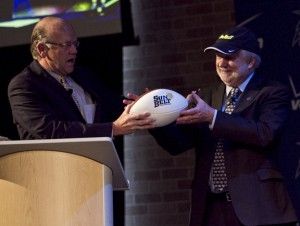 GSU will not actually compete in the Sun Belt until 2014, so students at GSU won’t have to change their travel plans yet.

“We’ve heard about the travel demands that perhaps joining the Sun Belt will have on student athletes and teams.  We will minimize that because of the divisional play,” Sun Belt Conference Commissioner Karl Benson said.

Questions about what the move means for GSU outside of athletics have been circulating since the vote to move to the FBS passed.

Athletic Director Tom Kleinlein said, “What it means for us is growth, opportunity, tremendous challenges, but we are going to overcome those challenges.”