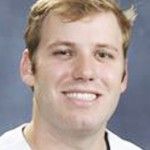 When sophomore outfielder Hunter Thomas went down in pain only six games into the season, an opportunity arose for junior outfielder Robbie Dodds that he would not throw away.

Dodds, described by teammate Ben Morgan as the ‘funniest character’ on the team, has taken his chances to play and is running with them. He leads the No. 22 ranked Georgia Southern University baseball team in batting average. The 5’7 207-pound right-hander is hitting .364 in eighteen games played and holds the second-highest slugging percentage of .561 for the Eagles.

Last season, power hitter and first-round draft pick Victor Roache went down with a broken wrist only five games into the Eagles campaign. GSU was the pre-season favorite to win the Southern Conference, but when Roache injured himself, the team dropped nine of its next 12 games and would finish the year 33-27.

So when Thomas, admittedly not as potent as Roache but a solid player nonetheless (batting .287 before the injury), went down so early in the season when the Eagles were experiencing success, one could not help but flashback to the skid that the team fell under the previous season.

But Thomas’s replacement, Dodds, had other plans in mind. The Eagles have now won 12 of 14 and are atop the SoCon with an 8-1 conference record. Dodds has slid comfortably into the five-hole in the order right behind senior infielder T.D. Davis.

One thing that Dodds brings to the table that statistics do not measure is his effect on how opposing pitchers work the GSU lineup. Davis is the best power hitter in the lineup, and with Dodds hitting as well as he is right behind Davis in the order, pitchers are forced to pitch to Davis rather than try to go around him. Dodds’ high batting average has a positive outcome on the GSU offense far beyond just his total number of hits.

Injuries are never welcome in sports, but opportunities are. And for Robbie Dodds, all he needed was an opportunity.