Fallen Eagle to be remembered tonight 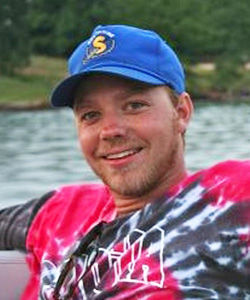 A candlelit vigil will be held in honor of fallen Georgia Southern University student, Nick Ward, the victim of a drunken driving accident last month.

Friends and family will gather tonight from 6:30-8 p.m. at the Rotunda to pay their respects.

“We encourage people to come, hang out and talk amongst your friends. It doesn’t necessarily have to be just for people who knew Nick,” Andy Patton, senior marketing major and friend of Ward’s, said.

“Anybody can come show their support, meet new people, listen to some music and share some fellowship,” Patton said.

“Drinking and driving is a big issue, among college students especially. At least come out to support the fight against drunk driving and a sense of community, one student to another,” Ryan Clark, senior logistics and supply chain management major and Ward’s roommate, said.

There will be a luminary lighting at the Rotunda, and a few people will be holding candles. There will be a prayer led by a local pastor, and a few of Nick’s best friends will speak, Madison Rozakos, sophomore journalism and writing double-major, said.

David McDermott, the administrator from the Office of Alcohol and Other Drug Programs, will be speaking about alcohol awareness. A speaker from the counseling center will come and say a few words about dealing with loss and dealing with the grieving process, Patton said.

A playlist was put together of Ward’s favorite songs. Ward was a music fanatic; his soul was music, Rozakos said.

Donations will be accepted at the event, which will enter that person into a drawing that will be held within the next week for an autographed concert poster of Widespread Panic that was shipped to Ward, Patton said.

“Some of us emailed their (Widespread Panic) publicists about a week after Nick’s accident to see if they could offer their condolences, and they actually ended up contacting us all back, and they sent a care package full of posters and memorabilia,” Rozakos said.

Proceeds will be given to Ward’s family to help with medical bills, Rozakos said.

Clark said, “Please come out and support a fellow Georgia Southern student and his family.”