OPINION: Why not both? 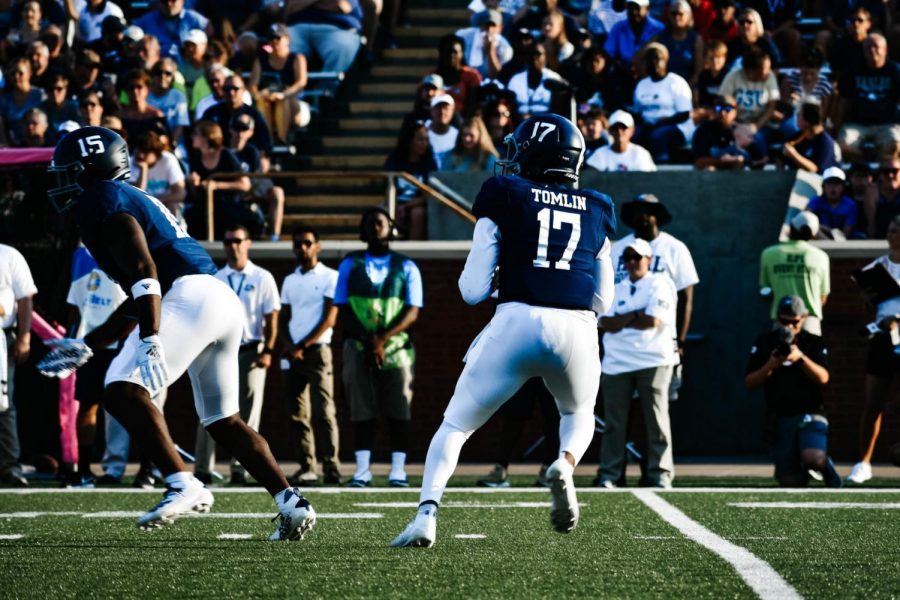 In the beginning of the season redshirt-junior Shai Werts was injured, throwing redshirt-freshman Justin Tomlin onto the field and in the starting position for two games.

Discluding the LSU game, both quarterbacks have played and started in two full games with each collecting a loss and a win. With the return of Werts, many questioned if Tomlin was going to see much playing time since he had found success on the field.

That question was answered by Head Coach Chad Lunsford in a press conference, where he made clear that Werts is the starter and there are no plans to rotate the two.

“Justin’s now gotten some serious experience of being able to play, but before we played [Louisiana], Shai only played 17 snaps on the season,” Lunsford said in a press conference after the UL game. “When we got him into the game last week, it’s almost like starting over. I think it’s important that we get Shai going. Shai is a starter, so we’re going to play him. Right now, there’s no talk of playing both of them.”

While Lunsford is set on his decision, it still raises the question of why. Why won’t they play someone who showcases skill on the offensive end of the ball, especially when the Eagle offense is struggling? What is the harm of putting him in?

Tomlin performed well in the two games he started, leading the Eagles to their first win of the season and almost had an upset over Minnesota. The redshirt-freshman also showed impressive statistics in his short-term starting position, rushing for 193 yards and two touchdowns. Tomlin also is a skilled passer, something Werts seems to struggle with. Tomlin threw for 162 yards this season with a long of 45-yards.

Tomlin performed well in the role of quarterback for the Eagles. He played with confidence and was not hesitant on the ball. With Tomlin’s impressive performance, the question arose of what would happen once Werts returned. Many thought there would be some dual quarterback action like we saw with Favian Upshaw and Kevin Ellison a few seasons back, but Lunsford has stuck to Werts.

When he returned to the field Werts struggled against Louisiana, completing only 36 passing yards and 93 rushing yards. Werts semi got back into the groove of things in their last game against South Alabama, but still struggled with his passing game as he almost threw four interceptions. He ran for 102 yards and passed for 78 against the USA, but also fell victim to three sacks.

It’s apparent that Werts’ strong suit is his running game, and it’s apparent that Tomlin has a stronger passing game. So again it raises the question- why don’t you play both? The GS offense has been struggling this season, why wouldn’t DeBesse consider all his options to run the best offense? Why waste a year of Tomlin’s eligibility? Why not both?