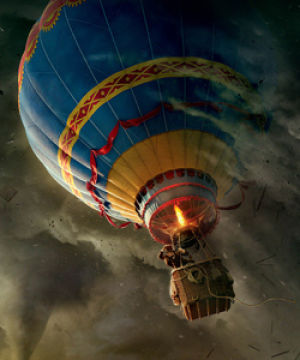 Every spring and summer Hollywood brings us a new slate of sequels and prequels of various franchises until each well is completely tapped dry.

The latest offering from Disney isn’t just any prequel though; it is a return to the wonderful world of Oz made famous in 1939 when Judy Garland put on those iconic ruby-red slippers.

However there is no Dorothy and Toto in this film, they are still owned by Warner Bros along with the ruby red slippers, but instead the “man behind the curtain” who granted Dorothy and her friends their wishes takes center stage.

L. Frank Baum’s characters get a modern day reboot full of special effects and Oscar caliber actors that still manage to have more than a few nods to the original movie and just as much of a campy-fun feel.

“Oz the Great and Powerful” director, Sam Rami knows a thing or two about adapting your favorite childhood memories for the big screen because he is the man behind the original Spider Man trilogy. However, it is completely unfair and unrealistic to compare this Oz update to the original because they were made differently.

Rami could never top the classic original, but he was able to bring the land that resides somewhere over the rainbow to life with more color and magic than other filmmakers have done with similar worlds from classic literature, like Wonderland or Neverland.

The film fully embraces the nostalgia Disney films fill most people with and does not hold back on the cheesy feel-good lines that a family movie about a magical land should have but a few of the actors did not seem to share the same sentiment.

James Franco (“127 Hours,” “Spiderman”) is woefully miscast as Oscar Diggs, a wannabe Houdini who spends his days working in a traveling circus until he crash lands in Oz. He spends the most of the movie looking as lost as he did when he hosted the Academy Awards in 2011. Franco never acts as if he believes anything he is saying, which is essential in an over-the-top fantasy like this.

Mila Kunis (“Ted,” “That 70’s Show”) also seems out of her element as Theodora, one of the three witches in Oz. She never seems to commit fully to the campiness required for the roll and seems stiff and uncomfortable throughout the film.

The acting is evened-out by the lovely Michelle Williams (“Brokeback Mountain,” “Dawson’s Creek”) and Rachel Weisz (“The Mummy,” “The Constant Gardener”). Both actresses seem to go for broke and fully commit to their rolls as Glinda and Evanora.

In the end what is left is a colorful and sweet family film with its fair share of weak spots but is ideal for the young and the young-at-heart.