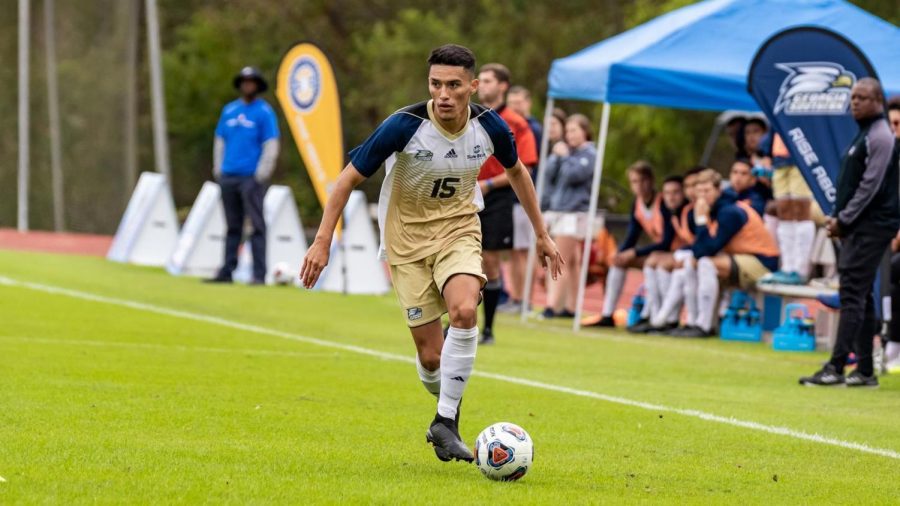 Aldair Cortes was named Sun Belt Player of the Week after a strong performance against Wofford.

Junior midfielder Aldair Cortes from the Georgia Southern men’s soccer team has been named the Men’s Soccer Player of the Week after a strong performance on Friday against Wofford, announced on Tuesday.

He scored two goals in the second half of the game which lifted GS over the Terriers. He has accumulated four goals in his 798 minutes of play and hit two game-winning kicks this season.

Cortes was named to the 2019 Sun Belt Conference Preseason All-Conference Team, and has been a solid force on offense in all eleven games. After the Sun Belt Championship loss last season, he was named to the All-Tournament team along with Javier Carbonell and Gonzalo Talavera.