VP of business and finance announced 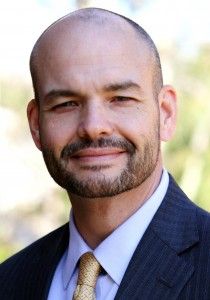 Whitaker, current vice president of finance and administration at Georgia Highlands College, will take over the position on May 1 and will replace Dr. Ron Core who is retiring effective April 30, according to the news release.

“As an alumnus of Georgia Southern, I am excited to return to my alma mater and contribute as a member of President Keel’s senior leadership team,” Whitaker said.

Whitaker’s previous positions include assistant budget director for the Board of Regents of the University System of Georgia along with several years of various budget analyst and higher education positions in Ga., according to the news release.

“During the last thirteen years, Rob’s roles in higher education and participation in system-wide projects and initiatives have allowed him to develop strong working relationships with key University System of Georgia leaders and staff,” Keel said.

Whitaker was one of three finalists chosen to visit campus for in-depth interviews and to conduct a presentation and answer public questions.

“Not only is he a great leader, but he demonstrated a creative and entrepreneurial spirit during his interviews, both of which will be key to our success moving forward,” Keel said.

Whitaker said, “It is an exciting time to join Georgia Southern and I am looking forward to helping the University to continue to grow as a national research university.”