GSU has the chance to go PINK 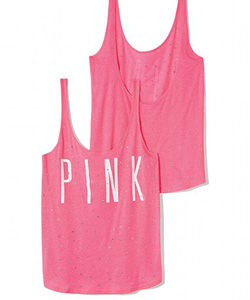 Georgia Southern University could soon be one of 10 schools to gain a spot in Victoria’s Secret Pink’s Collegiate Collection.

Only the top 10 schools will be chosen, and GSU is now in 16th place with 2,317 votes. George Mason University, in Fairfax, Va., is currently holding the first spot with 10,285 votes.

“We’re 2,800 votes behind on a daily basis. We have 20,000 students. If we got half of our students to vote at least once we could almost be in first place,” Jackie Riggs, sophomore fashion design major, said.

Victoria’s Secret Pink line is known for their colorful, cotton sweats that feature the word “PINK.”

April Hall, sophomore fashion merchandising major, and Riggs are both hopefuls for the campus representative spots.

Being a campus representative would include running the social media for GSU’s Pink pages, promoting the Pink line and planning events on campus.

The University Store currently carries most of the GSU apparel with its line of “True Blue” items.

The University Store’s selection is not as feminine as it could be, and Pink would give us more feminine quality, Hall said.

The collection already features 55 schools across the country and the United States Army.

“Becoming a Pink campus would just be another step in our aspirations of achieving national status,” Beth Meyers, instructor for the fashion-merchandising program, said.

The Pink line could bring more people to the school and get GSU recognized for more than athletics, Hall said.

“If we don’t get that many more votes pretty soon, we probably aren’t going to make it, but if we can get a bunch of people to vote soon the we might have a chance,” Riggs said.

The final results will be available on March 25 when voting ends.