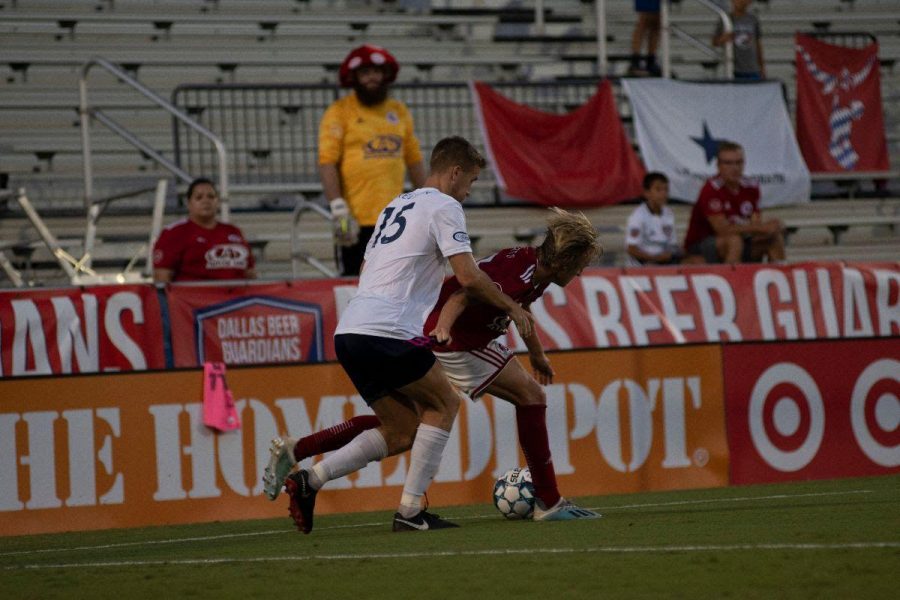 The Georgia Southern men’s soccer team is set to take on Jacksonville University in a home away from home game in Savannah on the Armstrong campus Tuesday.

The Eagles enter the match at 4-4, having dropped the first of the three-game home swing to Mercer last Friday. Jacksonville enters the match at 3-2-2 as they’ve hit the heart of their conference schedule with GS in the middle.

The Dolphins are led by redshirt junior Connar Lufkin with three goals and seven points through the season thus far.

Sophomore Adam Davie scored his team-leading fifth goal in the loss to Mercer as the Eagles look to get back to winning ways against a Jacksonville squad they’ve beaten the last two years.

JU does lead the overall series between the two teams, 13-9-3, according to GS Athletics.

Kick off for the Eagles and the Dolphins begins at 7 p.m. at Armstrong Soccer Field in Savannah, Georgia on Oct. 1.

Following Tuesday night’s match, the Eagles next play host to Wofford to complete the home stretch.