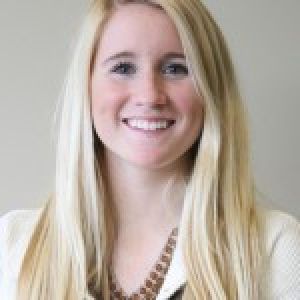 This past Tuesday the new Athletic Director Tom Kleinlein announced that the Georgia Southern University’s men’s basketball head coach, Charlton “C.Y.” Young, was fired, and the search for a new head coach will soon begin.

C.Y. graduated from GSU in 1993, and 16 years later he was hired as the head coach for the Eagles. At age 37, he was hired as one of the youngest head coaches, not only in the league but also in the nation. Young’s second appearance at GSU lasted the same amount of time as his first one: four seasons. In these four seasons as head coach, Young has had a 43-84 overall record, finishing with a 14-19 record for this season.

Kleinlein chose to let Young go in order to move the team in a new direction. This move was crucial for Kleinlein to prove his place at GSU and prove that his new ideas for the athletic program will be positive. In the coming season, the success of the Eagles will rely heavily on this particular decision to let Young go.

This is a decision that will bring in another coach that will offer more experience in head coaching on the court and more successful plays behind his or her clipboard.

Having a coach with playing experience is important, but a head coach needs to have even more experience leading players along with a coaching staff. The GSU players and students loved Young, but sometimes intimidation is what needs to be instilled in a head coach. These players need to be able to have a coach that is less like a friend and more like an authoritative mentor.

Young has only had one other head position in coaching, and that was associate head coach at the University of Tennessee at Chattanooga. This is exactly the history that Kleinlein is looking to improve. In order for GSU to start having an impressive history in athletics, the individuals that are hired in coaching positions need to have impressive histories on their own.

For players like junior forward Eric Ferguson and junior guard Tre Bussey, this coaching change might be difficult because Young has guided them their entire collegiate career. But going into their senior year without one appearance in the conference championship or in the national tournament might give these upcoming seniors the drive to make their hopes for the past three years a reality.

GSU is looking to move to a different conference, possibly into the Sun Belt Conference, and with this move, bigger and better things need to happen all throughout the athletic program, not just in football expansion. Basketball is a well-regarded sport all over the nation, and it should be at GSU as well.

Kleinlein came to Southern proclaiming that he wants GSU to become a name that everyone knows in the nation, and the first step is GSU’s move to FBS. This move to FBS puts GSU on center stage. This move can either be an epic failure or an incredible move for the athletic department and the university as a whole. Kleinlein should feel compelled to make decisions no one else would have made in the past because he needs to take GSU to a new place with new authority in order for this move to FBS successful.

Letting go of a beloved GSU alum coach was a risky decision, but these are the decisions that are going to make GSU’s move into FBS substantial and worth the extra bucks. As a football school, GSU focuses on the football aspect of things, but Kleinlein’s decision for basketball is an open door for all the other sports on campus. This decision is allowing other sports to have a voice and make moves into a new positive direction as well.

GSU says goodbye to C.Y., and the nationwide search for a new men’s basketball head coach will begin immediately.