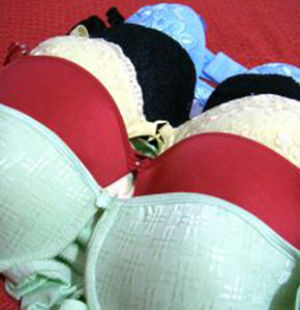 The Women and Gender Studies program at GSU is aiding the Free the Girls campaign, in which students have the opportunity to donate bras to be sold in developing countries by women who are trying to escape sex trafficking.

“The idea behind Free the Girls is that women who are trafficked as sex slaves typically have a very hard time getting out of the practice because they don’t have any other income and selling secondhand clothes in the developing world is actually a way to earn a pretty decent living,” Michelle Haberland, director of the Women and Gender Studies program, said.

The donated bras will be distributed to women in countries like Mozambique and El Salvador to be sold and help women to make their own living in a safe way, Haberland said.

The Student Abolitionist Movement will be sponsoring the Free the Girls campaign with the Women and Gender Studies program, which is looking to partner with the National Organization for Women, as well as Tau Beta Sigma, the national honorary band sorority.

Tomorrow at 7 p.m. in the Nessmith-Lane auditorium, Joan Browning, a civil rights activist, will be presenting the keynote address entitled “From Telfair to Toulouse: Travels Outside the cage of Race.”

“The Free the Girls campaign and the lecture have given our program an opportunity to partner with these different student groups and I am truly impressed with the students I’ve encountered,” Haberland said.

The campaign will be launching today and drop locations can be found in the Henderson Library, Russell Union and main classroom buildings across campus, Haberland said.

Cash donations will also be accepted at the lecture in support of the Free the Girls Campaign.