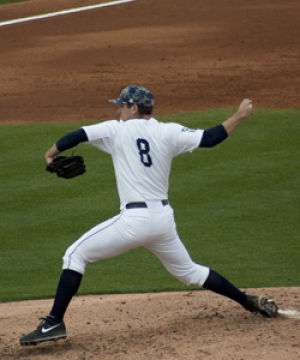 After dropping the first game of their weekend series against Samford University, the Georgia Southern University baseball team defeated Samford 18-14 in an offensive battle.

Senior right handed pitcher Justin Hess picked up the win making him 2-2 on the season.

The series winner will be decided tomorrow when the teams face off at 2 p.m.