GSU softball is taken down 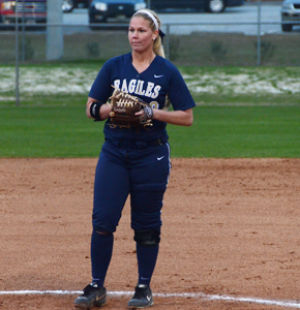 Returning back from the spring break, Georgia Southern University’s softball team continued their road swing against the University of Georgia and was defeated 6-3.

The Bulldogs took the lead from the very beginning of the game with two runs scored in the first inning. The Eagles were unable to provide a response, so UGA came full force again in the fourth inning scoring another pair of runs.

The Eagles were unable to stop this energy from behind the plate, allowing the Bulldogs to get one more pair of runs in the fifth inning, bringing the score to 6-0. Despite the Eagles large deficit, in the sixth inning, senior infielder Tabby Douberley got a three-run homerun to cut that deficit in half.

The Eagles attempted to earn more runs in the seventh inning to continue their comeback, but UGA junior pitcher Morgan Montemayor got three strikeouts to end the game in the top of the seventh.