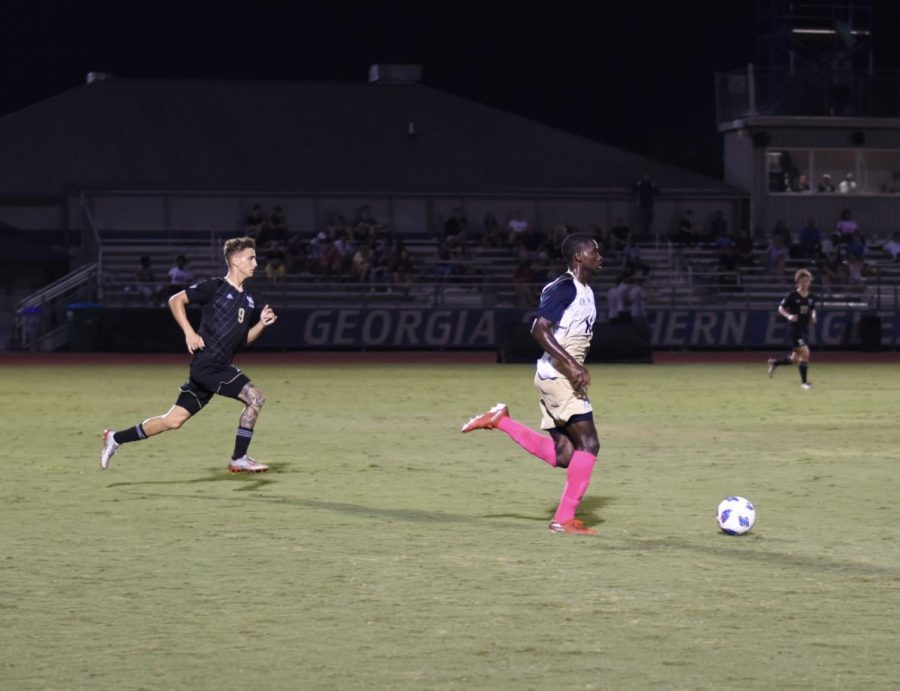 The Georgia Southern men’s soccer team will travel to South Carolina on Tuesday for their last non-conference game of the season.

GS, straight off of a win against Wofford on Friday, will face a 5-5 Gamecock team. USC is undefeated at home and junior goalkeeper Buenyamin Yusufoglu has made 47 saves this season, while only allowing 17 goals.

GS holds the same record as the opponent and was able to break out of an offensive slump against Wofford. Before the game, the team had lost four of the previous five games.

Head Coach John Murphy praised the team for their effort and hopes to keep the momentum on the road.

“We’re still working out tweaks like 95% of the teams in the country,” he said. “Very few teams are the final product right now…Our kids’ effort and application was excellent and the quality and our connections were better tonight.”

The game will begin at 7 p.m. and can be streamed on Gamecock All-Access.