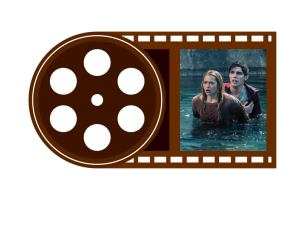 The Jonathan Levine film, based on the novel by Isaac Marion, tells the story of a zombie named R, played by Nicolous Hoult (“Skins,” “X-Men First Class”), that falls in love with a human girl named Julie, played by Teresa Palmer (“I am Number Four”), after eating her boyfriend’s brains and absorbing his memories.

The movie is first and foremost a love story between R and Julie because nothing says true love like being kidnapped by a slowly decaying zombie.

Levine is no stranger to genre mixing. His last film was the cancer-drama meets buddy- comedy “50/50,” but the tone of his zombie love story is a bit muddled.

The original novel is a serious love story because everyone is looking for the new “Twilight,” but Levine tried to make the movie a much more lighthearted and fun affair.

Hoult helps Julie survive by hiding her from fellow zombies until he can get her home back safely. The more time they spend together the more they realize their relationship will change the zombies and the whole world forever.

However, there is still the ridiculous underlying notion of Stockholm syndrome and necrophilia that is a bit hard to shake. The movie plays most of the over-the-top moments for laughs, but it never commits to being the edgy comedy Levine seemed to be shooting for.

Hoult has turned the role of a 20-something heartbreaker into a bit of an art form, with an ability to pull it off whether he is covered in blue fur, a la “X-Men,” or is a rotting corpse. Palmer is equally as charming as the gun-slinging, zombie-busting modern day Juliet.

Overall, the talented cast and playful script make for an enjoyable date movie, but “Warm Bodies” doesn’t quite hold a candle to its zombie comedy predecessors “Zombieland” or “Shaun of the Dead.” At least the zombies don’t sparkle.