Those Cats helps raise over $5,000 for Nick Ward 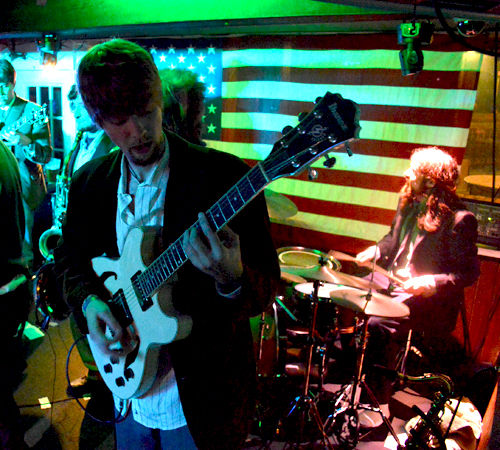 Those Cats performed at Gnat's Landing and Loco's to raise money for Nick Ward, a student who was hit by a drunk driver.

The student hit by a drunk driver, Nick Ward, and his family will receive $5,000 from the two benefit performances Those Cats put on at Gnat’s Landing and Loco’s Pub and Grill.

Many Loco’s employees donated their tips and salaries from the event to Ward’s family, who also attended.

“So many people have helped put this together. Those Cats played a big part in getting all of the musicians to play, and all the musicians have donated their time and abilities. Chris Mitchell was kind enough to let us raffle one of his guitars. It’s great to see,” Lanier said.

The band donated all of the money made from sales of their own merchandise, raffle tickets for a custom Chris Mitchell guitar and bracelets with Ward’s name on it.

“It’s a really great thing when you can do something you love, which for us is music, and contribute to a good cause at the same time. Nick is a good friend of ours, and he always looked out for us. It’s nice to be able to give back to him in this way,” Scott Underwood, drummer of Those Cats, said.

“We had a fantastic turnout tonight, the Statesboro community really came together to help out. It’s great to see so much support for a good cause like this,” Lanier said.