Eagles to take on Samford Bulldogs 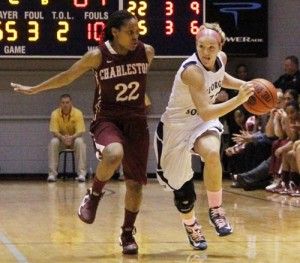 The Eagles and the Bulldogs have met once before this season at Samford with GSU being on the wrong end of a 56-41 loss. The key to that game will be the key to this game, and that is shooting percentage.

GSU had one of its worst nights from the field, making only 24.5 percent of its shots, while the Bulldogs shot an efficient 44 percent that allowed Samford to cruise to victory. These statistics parallel the numbers put up by both teams throughout the entire season.

The Bulldogs consistently make about 38 percent of the shots compared to the 33 percent average for the Eagles.

Another matchup to look for is going to be how well the Eagles defense can stifle a team that relies on its three-point shooting. GSU has been effective in its perimeter defending this season, only allowing opposing teams a three-point shooting percentage of 26 percent.

However, the Bulldogs are very efficient from beyond the arc. Samford is making 38 precent of the threes that the team takes, or seven per game.