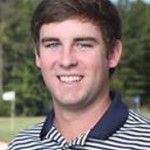 The Southern Conference has named Georgia Southern University’s Scott Wolfes SoCon Men’s Golfer of the Week as the first selection for the spring season.

The sophomore has two-second place finishes this spring and has eight top 10 finishes in his short career.

In the Eagles last tournament at the Wexford Plantation Intercollegiate (Hilton Head, SC), Wolfes shot a team-best 2-under and tied for second place out of 90 players. His performance sparked an impressive three stroke comeback win for the Eagles, beating their 17 opponents.

Wolfes other second place finish came in Gainesville, Florida at the Suntrust Gator Invitational where he shot a 4-under and had a career low 66 in his second round.

The Golfer of the Week is selected by the league office and Wolfes topped the list over Zach Munroe (College of Charleston), Sam Echikson (Davidson), Steven Fox (Chattanooga) and J.T. Poston (Western Carolina).

The Eagles will hope to pick up where they left off in Birmingham, Al. at the Samford Intercollegiate March 4-5.