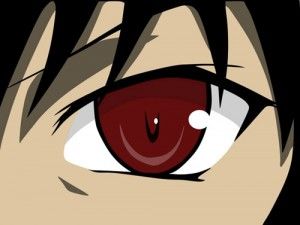 The Georgia Southern Anime Club has created a strong community of students with a love of anime and Japanese culture looking for legal access to this unique subculture in the states.

Club members are asked to pay five dollars in dues each semester, which goes towards the cost for the club’s anime library and account on , Cameron Thompson, a senior geology major and club president, said.

Through the meetings, members are given access to anime they might not have been able to find legally otherwise because it does not air on regular television, Dan Lanier, club advisor, said.

“With Japanese anime you get a higher quality storyline, you get a lot more in-depth drawing with more detail,” Thompson said.

Anime has not caught on in America quite the same way due to cultural differences and the difficulty of translating the shows accurately, Lanier said.

“We try to discourage pirating. We want to support the industry,” Lanier said. “It’s still a very small market in the United States and has room to grow.”

The club meets twice a week in the Russell Union at 6 p.m. on Wednesday and in the library at 7 p.m. on Thursday. At each meeting the club watches episodes of different anime shows and discusses them.

“American cartoons only offer slapstick or heroes. There is little to nothing else beyond that point. Japanese anime is a multibillion dollar industry with a large variety to offer viewers,” Lanier said.

The anime industry in Japan expanded beyond the standard idea of animated programming when live action filming was not practical or affordable and quickly became part of their culture, Lanier said.

“It can be shocking if someone gets introduced to the wrong type of anime first. It can be very in your face,” Lanier said.

The club’s meetings are laid back compared to other clubs and social groups around campus because members are free to come and go, Thompson said.

The club has participates in cosplay bowling, dress as their favorite characters and hold off campus viewings, Thompson said.

Andre Waters, junior education major said, “Everyone has the same passion for anime, but everyone has different opinions and different things that speak about it. It opens doors and makes things worth while.”