The Orange Constant to perform at GATAâ€™s 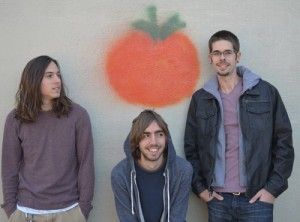 Each member of the band listens to a different type of music, and each of those genres are represented in the group’s sound. Performing songs with influences from many different genres has become a known trait of The Orange Constant.

“It started out with Nick and I playing acoustic for a while. We did several shows together, but not under The Orange Constant name. We eventually found Lee, and we all came together in September of last fall and made it all happen,” Brantley said.

The group was formed in September of last year when vocalist/guitarist Brantley met Benson in his music fundamentals class.

Though the band performs a wide array of cover songs, its members do not consider The Orange Constant a cover band. The writing of original music plays an integral part in the chemistry of the group.

“As far as songwriting goes, it’ll stem off something one of us writes, then later we bring it in as a band and we shape it together,” Brantley said.

“We strive to change the songwriting process every time to make sure that each song is unique and expresses a different part of the band. It’s about the satisfaction of becoming a team with the group of people, then creating something that we’re all proud of,” Guentert said.

The group has performed at many local bars and regularly plays at house parties throughout the Statesboro community in an effort to contribute to the local music scene. The Orange Constant will also be making an appearance in the upcoming Statesboro Music Festival.

Guentert said, “If you are really involved in music, or if you play an instrument, or if you’re part of a band, going to see another band and supporting them eventually forms an informal pact. You have to support the other bands in the area, that’s where it starts.”