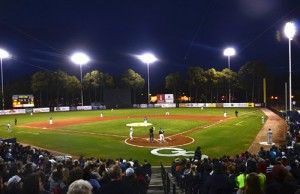 The Georgia Southern University baseball team opened their season versus the University of Georgia with a gut wrenching loss 6-5 at home in the first of a three game series.

The Bulldogs answered back scoring five runs in the second inning

With two outs and a man on base the Eagles suffered a game-ending strikeout in the bottom of the ninth inning.

GSU will look to redeem themselves tomorrow at 2:30 p.m. against the Bulldogs.