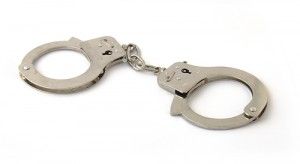 Georgia Southern University Criminal Investigations arrested five suspects in connection with a series of thefts that took place at the RAC on Feb. 18.

“Five people were arrested. None of them were students, and they were working together,” Terry Briley, Georgia Southern University’s captain of Criminal Investigations, said.

“One man paid the fee to get into the RAC, and he came around and let the others in through a back door,” Briley said. “That’s where the criminal trespass comes in.”

“Hall and Eady took book bags and other items. Eady then went over to McDonald’s and bought everyone dinner,” Briley said.

“People like this come into campus and cause problems. We don’t like our students taken advantage of,” Briley said.

Captain Briley urged students to bring as few valuable items to the RAC as possible and to be careful when leaving items lying around.

“Do not bring anything to the RAC, not book bags or cell phones,” Briley said.

GSU Police Chief Mike Russell also encouraged students to leave their belongings at home when going to the RAC.

“Leave it in your car, or lock it up in a locker,” Russell said.

Four of the suspects were initially arrested on Wednesday, and the fifth was arrested on Thursday. They were booked at the Bulloch County jail.

Briley reported that the investigation into these crimes is still ongoing and that the case has not yet been closed.

“Investigators are still actively seeking others who may be involved,” Briley said.

Anyone with any information is urged to contact the Eagle Eyewitness tip-line.