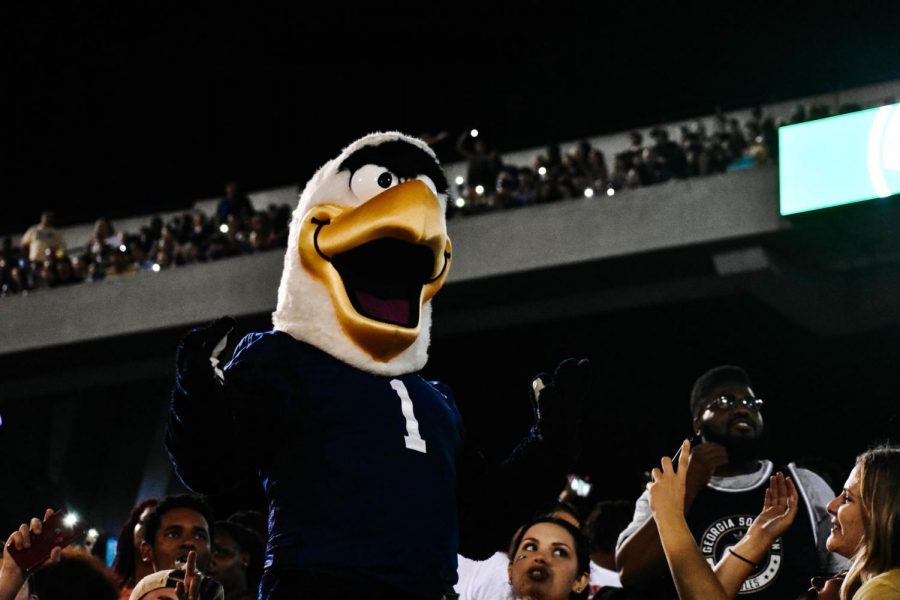 Why don’t they sell alcohol in Paulson Stadium?

The topic of alcohol being sold in Paulson has been a popular matter after many college stadiums began selling alcohol in their stadiums starting last year.

Georgia Southern currently has had three designated premium areas that serve alcohol in Paulson for the past three years, those being the Bishop Club, the Stadium Club and the Club Level seating on the visiting side of the stadium. These specific areas require a donation and a ticket purchase, allowing for complimentary beverages through the end of the third quarter.

Due to the fact that alcohol is already served in Paulson, the process of transitioning to selling stadium-wide will require time to research and determine the best way to both provide a good fan experience and continue to earn revenue needed.

GS is looking into a plan that may include alcohol sales stadium-wide, but the plan first has to make financial sense on top meeting the Board of Regents and University approval.

GS is not alerted until 12 days before kickoff whether or not the game will be on TV, if they’ve been selected those game times are determined internally and announced Monday the week before the game by the Sun Belt.

If GS is informed that the game will not be televised, they are allowed to choose their own game time and use the data stated before to find a time that best fits.

How can some teams announce the attendance numbers they do?

There has been a trend where schools will publicly announce their attendance figures at games, but they are not anywhere near the actual number of onlookers in the stands.

The way the athletic department counts the attendance figure is by evaluating all season and all single-game tickets sold, as well as all GS students that get their ID scanned when they enter Paulson. On the flip side, those others school announcing false larger numbers may count bulk tickets purchased by corporate entities at the lowest price available and use them in their attendance count despite whether those tickets are used or not.

The Georgia Southern football team will be back in action at home on Saturday, with a 3 p.m. kickoff.