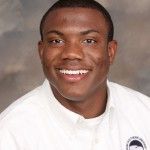 Student Government Association announced at last night’s meeting that new buses are not expected to arrive any sooner than the end of the month.

“We should have one of them by the end of January.  We will use that one to complete driver training, which will need to be extensive training due to the complexity of the bus.  We should have all 12 of them by spring break,” Garrett Green, SGA vice president of auxiliary affairs, said.

Option one states that the fleet, consisting of 12 new buses, would be held until after spring break and released all at once.

Option two states that the old buses would be replaced as new ones are transported to Statesboro, starting in late January.

If option two is chosen by Parking and Transportation, a new bus is expected to arrive about every two weeks, Green said.

The new buses are expected to be of higher quality, consisting of better air conditioning, more room for more passengers and possibly GPS capabilities that can be tracked by students’ cell phones.

“The buses should have some sort of technology eventually integrated to where you can track it on your phone,” Dominique Quarles, SGA President, said.

SGA voted to have the old buses replaced as the new ones come in, and Green will take the suggestion to Parking and Transportation, where they will make the final decision.