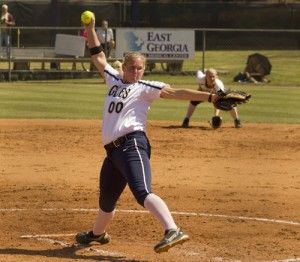 The Eagles were selected to repeat as the SoCon regular season champions, and junior pitcher Sarah Purvis was also named as the Preseason Pitcher of the Year.

The poll consisted of votes from all of the Southern Conference softball head coaches.

GSU earned seven of the nine first place votes in the poll, putting it above the University of Tennessee at Chattanooga, followed by the College of Charleston and Appalachian State University.

The Eagles will open their 2013 season in the Eagle Round Robin on Feb 8 through the 10 at Eagle Field.