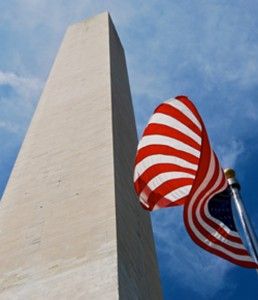 President Barack Obama was sworn in for his second term yesterday as a group of Georgia Southern University students stood shoulder-to-shoulder with 800,000 other onlookers in 40-degree weather.

The students traveled as part of the Southern Leaders and Alternative Breaks programs to Washington, D.C. to watch the inauguration live and take part in service projects.

“It’s a wonderful experience that we wouldn’t have gotten otherwise. It has really opened my eyes to politics.  Before this trip I was closed minded to political and poverty issues,” Hannah Womack, sophomore biology major, said.

In his inauguration speech, President Barack Obama addressed the need for education reform and this idea in particular caught Womack’s attention.

“One thing Obama said was that they want to reform education and make it more readily available no matter who you are and I think that education is a very important thing we need more of,” Womack said.

“The inauguration was a really awesome event to see.  It was really amazing,” West said.

West also agreed with Obama’s statements about education, and said that there needs to be radical change in the education system and because there’s such a correlation between poverty and education, citizens of America need to eliminate poverty as much as possible.

As part of the trip that was separate from the inauguration, the students went to the Presidential National Day of Service on Saturday morning, where many non-profit organizations gave out information on what their group does.

People like Eva Longoria and Chelsea Clinton spoke and there were also musical performances, Womack said.

Sunday morning, the students served at a soup kitchen giving out lunch to the homeless in the city.

“It was definitely a once-in-a-lifetime opportunity, so I’m very grateful,” Womack said.