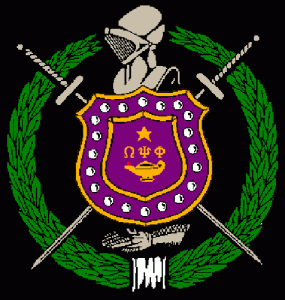 Photo courtesy of: betapieques.orgOmega Psi Phi makes its return to campus after a four year long absence for hazing.

Omega Psi Phi Fraternity Inc. has not been present on Georgia Southern University’s campus after a hazing incident in 2008, and after a four-year absence, it has returned.

“A lot of people have been looking forward to this organization coming back to our campus,” Andrea Martinez, advisor of the National Pan-Hellenic Council, said.

After a few years of being off campus due to a past hazing incident, the Office of Fraternity and Sorority Relations along with the 11 new members of Omega Psi Phi are working to maintain and uphold the image of this fraternity, Martinez said.

“I think the young men are definitely responsible for making sure that the image of Omega Psi Phi remains good on our campus. Especially now that they are back on campus, they are going to want to stay on campus,” Martinez said.

This is a fresh start and an opportunity for the new members to set the tone for the future of this fraternity on GSU’s campus, but they will not allow the pressure of this responsibility to get to them, Kyle Stroud, junior psychology/pre-med major and current member of Omega Psi Phi Fraternity Inc., said.

“Right now we do not feel any pressure more than we did before we were in Omega, but now that we are in Omega we understand that more eyes are watching us and we shall continue to be great,” Stroud said.

“We will continue to do what we commit to and continue what we have been doing for 101 years,” Omari Davis, senior finance major and current member of Omega Psi Phi, said.

Stroud said that this semester GSU can expect a lot from Omega Psi Phi from community service activities to its Que week where it will host forums each night and give back to the GSU community.