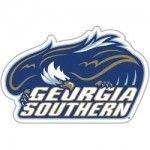 Georgia Southern University’s football team brought in the New Year with the announcement that three more of their seniors have been invited to postseason scout bowls in preparation for the NFL Draft in April.

Seniors defensive end Dion Dubose, safety Darius Eubanks and defensive tackle Brent Russell were all invited to the USA Freedom Bowl, which is set to take place from Jan. 18-21 in Virginia Beach, Virginia.

Russell was also named a participant to the 2013 Raycom College Football Allstar Classic to be held on January 19 in Montgomery, Alabama.

The defensive trio joins fellow defense-man J.J. Wilcox, who was named to the Senior Bowl in December, to receive honors for a post-season bowl.

Russell finished his 2012 campaign as one of GSU’s most decorated players being named an All-American for all four years. He also broke the schools sack record in a career with 25. This season he was named to the First team All Southern Conference team with 44 tackles, 4.5 sacks, and 8.5 tackles for a loss.

Dion Dubose was named a Third Team All-American this year by College Sports Madness after coming off a yearlong injury caused him to be redshirted. Dubose was a linebacker that made the transition to defensive end during his junior year. He received All Southern Conference First Team honors after a 50 tackle, 6.5 sack season.

Darius Eubanks moved from linebacker to safety during this season’s fall camp after starting 37 games at linebacker. Despite the position change the results didn’t as Eubanks was named a First Team All Southern Conference selection as he finished third on the team with 77 tackles.