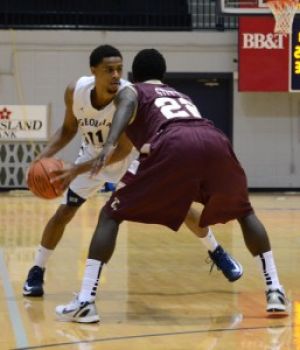 Last week, GSU went 1-1 losing to Appalachian State University but defeating Western Carolina University. Losing to the Mountaineers by a single three-pointer in overtime was a tough loss for the boys, but they kept fighting and beat WCU by a six points.

With this performance in mind, Furman has an energetic and rested team coming its way. The Eagles have had five days to rest before they had to be back on the road and they are coming off of a good road win as well.

The Paladins are going to have to rely heavily on their defense, considering their shooting is not up to par with the Eagles, and GSU has several big scorers. Furman, overall, is shooting 41 percent from the field and 33 percent from behind the arc. For the Paladins, the leaders of their offense are senior forward Colin Reddick with 217 points, freshman guard Stephen Croone with 158 points and freshman guard Larry Wideman with 135 points.

When the leading scorers are compared, Furman is very young compared to the Eagles’ veterans. The Eagles have the advantage in this game when it comes to experience on the court. So, if the Eagles use their reoccurring chemistry on the court and broader knowledge of this conference team, they should pull out a successful victory.

Returning back home after three away games and two days to rest, the Eagles should have a tough game against the University of Tennessee at Chattanooga on Saturday at 7:30 p.m.