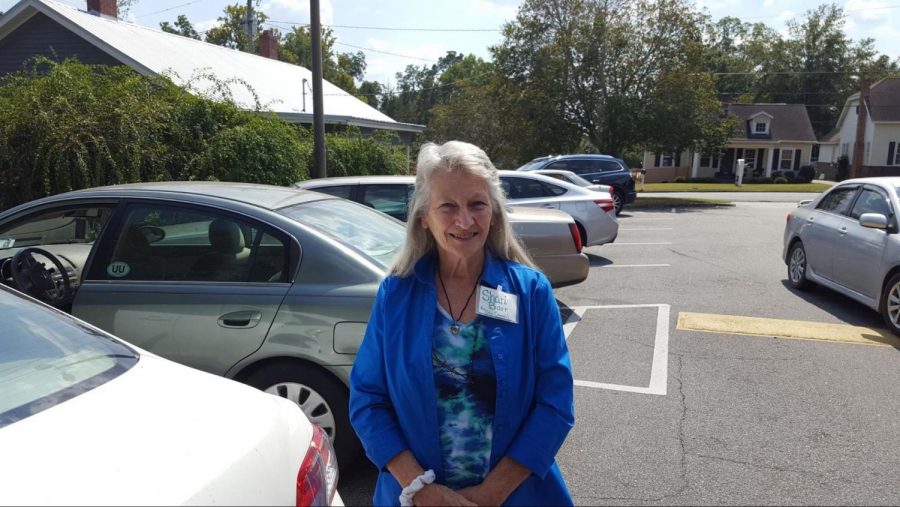 Barr’s second issue of concern is environmentalism. She endorses a program where if developers remove a tree in the construction process, they must plant another in a different location.

Duke was elected to 5th district in spring 2018 special election. He is a retired Delta airlines pilot with over 30,000 hours flown, before that, Duke served as an officer in the Air Force for 30 years, serving in both Vietnam and Desert Storm, retiring at the rank of Lieutenant Colonel.

Duke’s main issue of concern is public safety, as he has helped in the implementation of a surveillance system, which was launched on Oct. 15, with 18 traffic cameras on Lanier Drive and Chandler Road being deployed.

[The surveillance system] is unbelievable in keeping bad guys on the record for being bad,” Duke said. “If they come here to do bad, we’re going to catch him, and we’re going to prosecute.”

“If you’re good, [the cameras are] not about little amount of traffic violations,” Duke said. “It’s about It’s about bad things that happen like a double shooting.” Duke said that these cameras were a step to protect Statesboro and GS students. “Georgia Southern is our most important citizen, if you will, a group of citizens,” Duke said.  “And we take that incredibly serious at the city level. And so there’s Georgia Southern and we’re very close with the public safety division, and the university president and his staff in delivering a safe community.”

Barr has lived in Statesboro since 1967, and for the last 38 years, she has been conducting interviews for various social research studies for the University of Michigan, the biggest of which revolves around aging, and how people manage their finances during retirement.

On transportation, Barr said that the Statesboro buying buses, along with a fixed route,instead of an on-call system, seemed like the best option to her. “You don’t always know in advance, you’re going to need to catch the bus,” Barr said. “I’m pleased to think that we’re going to get some mass transit that’s going to help Georgia Southern students and a lot of people here in downtown Statesboro.”

Barr’s second issue of concern is environmentalism. She endorses a program where if developers remove a tree in the construction process, they must plant another in a different location.

“We need to really be looking at long term impact, on harm to the air quality, water quality, and how much we are burdening our fresh, clean water here,” Barr said.

A complete district map can be found at bullochcounty.net.