Second half surge canâ€™t save Eagles 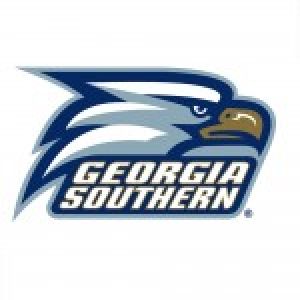 Georgia Southern University’s women’s basketball team gave the College of Charleston Cougars all it could handle today, but in the end GSU came up two points short losing 56-58.

The game shifted from a blowout to a nail biter as the Eagles overcame a 17 point half time deficit. Senior guard Meredyth Frye and junior guard Mimi DuBose carried GSU but it wasn’t quite enough.

Frye finished the game with 18 points and 11 rebounds, while DuBose lead the team with 27 points. Sophomore guard Anna Claire Knight showed a lot of heart on the boards as she pulled down 15 rebounds.

With just under four minutes left in the game GSU trailed by 13 points. It was at this point that the Eagles senior leader Frye sparked a 14-0 run to give GSU its first lead of the second half 56-55.

DuBose and Frye scored all 14 points during the run and it seemed as if the Eagles were poised to snatch victory from the jaws of defeat. With her team down by one and 32 seconds left CC head coach Natasha Adair called a timeout.

She called a play that got senior center Latisha Harris a layup and that was the nail in the coffin. Harris would finish with 10 rebounds and 14 points, none bigger than her final two.

GSU has to shake this tough loss off quickly as the team will take on Western Carolina University at home on Jan. 7 at 4:00 p.m.