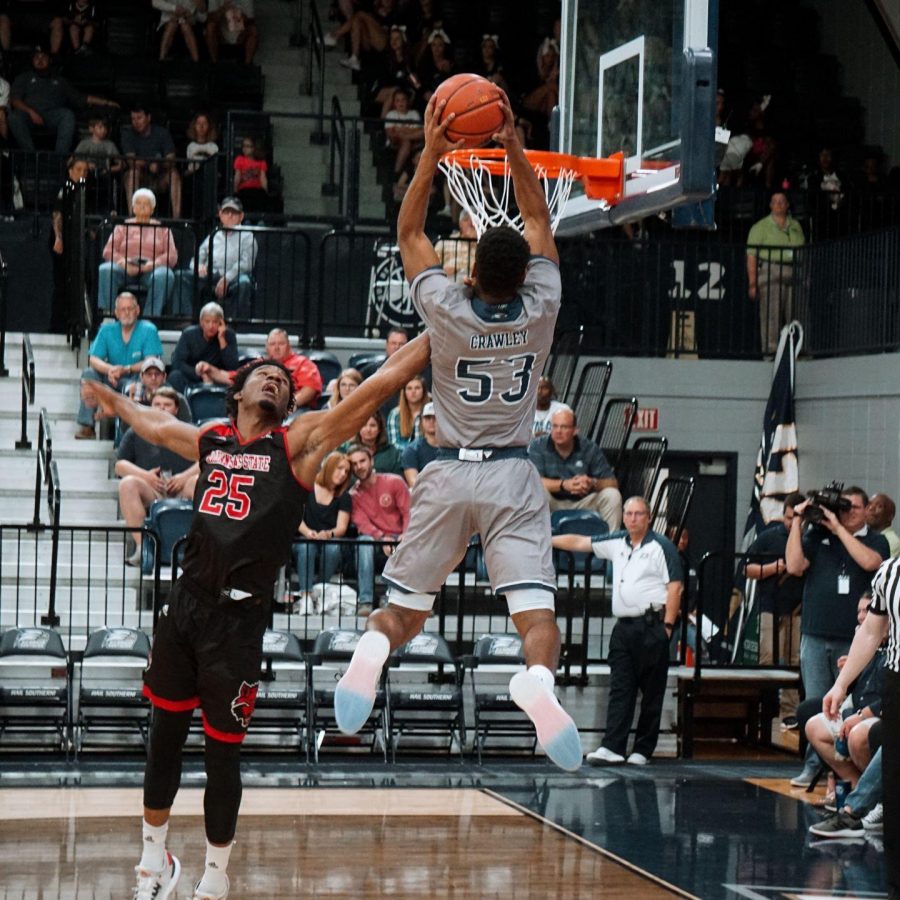 Senior Isaiah Crawley will participate in the dunk contest held at Eagle Madness.

The Georgia Southern volleyball and basketball programs will host “Eagle Madness” in Hanner Fieldhouse on Oct.17.

The event will begin at 6:30 p.m. with a volleyball match. Following the match, both the men’s and women’s basketball teams will be introduced to the fans.

Both teams will have a three-point contest and subsequently pull two fans from the crowd to compete head-to-head.

After this, the men’s team will have a dunk contest highlighted by senior forward Isaiah Crawley, who was chosen as the No.6 dunker in the country in the Athlon Sports preseason college hoops magazine.

At the end of the event, both teams will sign items from the fans, where posters will be given out.

The men’s team has high hopes of returning to the Sun Belt Tournament as they return redshirt-senior guard Ike Smith, who was out majority of last season due to injury.

The women’s program welcomed the first African-American head coach in school history with Anita Howard in the spring, while the volleyball team has been slowly improving with the help of new Head Coach Chad Willis from Appalachian State.

The event will be free for students, with their Eagle ID, who have paid their athletic fees.