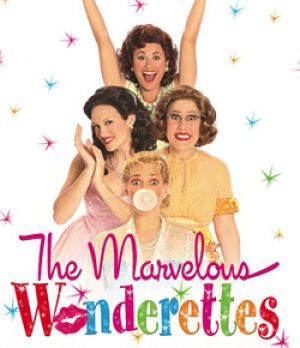 “The Marvelous Wonderettes” will bring 1950’s pop culture to The Averitt Center for the Arts on Thursday Jan. 24th at 7:30pm.

Ticket prices are $10 for children, $20 for adults and $23 for box seats and the theater expects seats to sell out quickly.

“‘Wonderettes’ is going to be a big hit for us. We’re expecting a sold out show,” box office manager J.D. Lane said.

Many have already visited the Averitt to purchase their tickets ahead of time, and the box office manager expects that the show will sell the last seat by tomorrow.

“The Marvelous Wonderettes” production begins its story with four young girls at their senior prom and follows them through their high school reunion with singing and dancing, but they face a few hiccups along the way.

The show consists of classics such as “Lollipop,” “Mr. Sandman,” “Stupid

In Act 1, the show takes the audience back in time to 1958 during the Springfield High School prom where the Wonderettes take the stage as the headlining act for their fellow seniors.

Not only are the Wonderette girls the entertainment for the evening, but they are also the prom queen nominees who demonstrate their individual skills in a comical talent show before the final voting for queen commences.

In Act 2, the Wonderettes find themselves at their 10-year reunion, performing once again for their peers, where a great deal has changed since their last encounter at prom.

“The Marvelous Wonderettes” is a show for all generations, whether members of the audience reminisce at songs they listened to in their youth or are simply fans of the classics, but Lane thinks most of the audience will be of an older generation.

“Most of the crowd is going to be from that era. People who went to that prom, listened to that music, danced to it,” Lane said.

Students who are familiar with the 1950’s and its music will also enjoy this musical.

“I love listening to the oldies, and I actually know a lot of the songs in the show which is pretty great. I love that kind of stuff and it sounds like a good show to me,” freshman history major Aubrie Harris said.

Freshman international studies major Chase Kerrins said, “I’ve performed at the Averitt before, and they always put on great shows. I know this one is going to be amazing.”