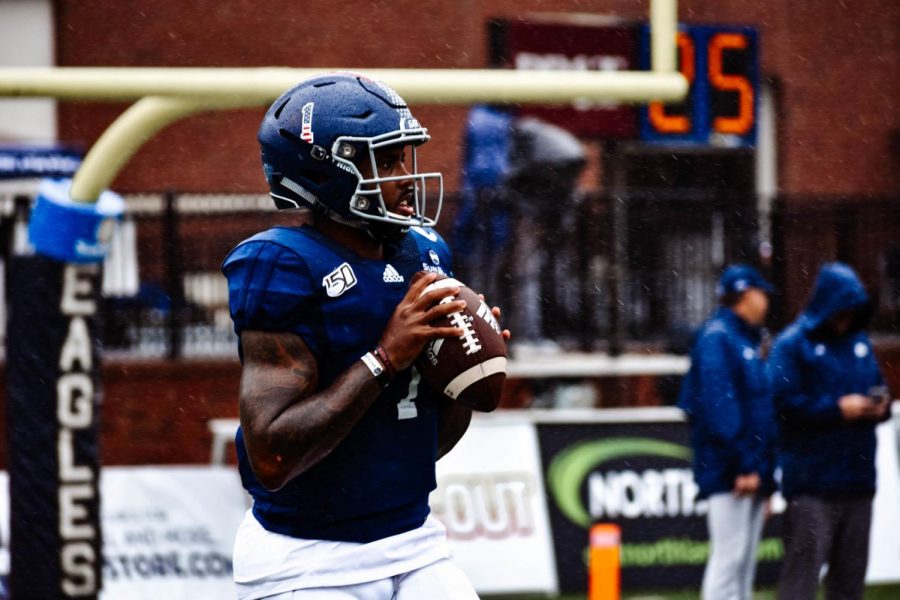 The Georgia Southern football team defeated Coastal Carolina, 30-27, on Saturday in the second overtime victory of the season. The team now boasts a 3-3 overall record and 2-1 Sun Belt record. Here are the quick hits from the game.

Senior wide receiver Mark Michaud scored two touchdowns throughout the overtime periods and was the main force on offense during the free time along with junior redshirt-quarterback Shai Werts. Werts had his most successful passing game of the season. He threw for 61 yards and went 4-8.

GS benefited from a strong rushing game that tallied over 300 total yards, led by senior running back Wesley Kennedy III. He finished the game with 138 rushing yards and two touchdowns.

In the third overtime, Wesley Kennedy III scored the game winning touchdown on first down which caused the team to storm the field.

The attendance was fairly low for the game due to inclement weather, but the crowd remained in place for the entirety of regulation and all three regulation periods.

This game was just the third time that GS has been in a triple overtime game.

Many players from both teams were ejected in at the beginning of the fourth quarter for celebrating and dancing to “Mo Bamba”.

Kendrick Duncan Jr. was disqualified for majority of the game for targeting.