Students by day, performers by night 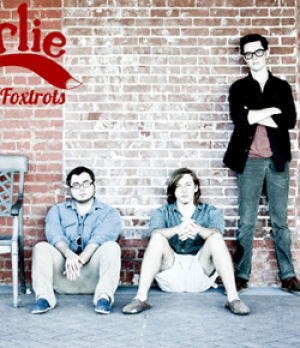 Brooklet native, Chas Wilson, walks into the lounge of the Foy building, music theory book in hand, and sits down beside longtime friend James Varner.

Varner, freshmen music education and performance major, and Wilson, sophomore music education major, have known each other since the third grade and have been playing music together with bassist Robert Cottle, Georgia Southern University graduate, since 2011. Their band, Charlie and the Foxtrots, is composed entirely of music majors from the Statesboro area.

“Robert and I were working at Pladd Dot music. I was a guitar teacher; he was teaching piano and voice. I told him I needed someone to play with because I was looking to do some shows,” Wilson said.

In December, the group traveled to Nashville to meet with potential band mates that their producer referred them to. Among those added to the group were an upright bassist, mandolin player and violinist.

“It was an instant click. It was one of those times in your life where you think ‘This is what needs to happen,’” Wilson said.

The group will return to Tennessee this year to begin writing and recording their first E.P.

“We’ll meet with the guys up in Nashville, and we plan to record during spring break,” Varner said

After the release of the band’s first E.P., Charlie and the Foxtrots will take part in their first tour.

Wilson said, “The plan is to go from Nashville up to Ohio, then to New York, then back down to Nashville. This would be within a year, and if it goes well on our first tours, then we’ll continue touring.”

The Foxtrots have tirelessly promoted their music. Whenever the band performs, a vendor sells T-shirts and CD’s to those attending the concert. Such promoting led to a swell in the group’s fan base and attracted the ears of a Nashville producer.

“I uploaded a couple of our songs to a website that promotes online voting and feedback. Within 24 hours a producer from the website contacted me,” Wilson said.

In the beginning, Cottle and Wilson performed together a few times and soon noticed a need for percussion, so Chas asked Varner to sit in with them.

The new members have changed the sound of The Foxtrots slightly.

“The songs we’ve done so far are folk-pop, but the stuff we’re doing now is a lot more folky. It’s more like indie/folk now,” Varner said.

Each member of the group has chosen to pursue music as a career and study here at GSU. The band takes classes at GSU and plays at venues in the Statesboro and Savannah area, but has recently set their sights on bigger things.

Wilson said, “It’s really hard to play in Statesboro. Most bands in this town aren’t singer/songwriter style. There are mostly cover bands here.”